NUTRITION PART 3-ARE DIETS-FOODS AND NUTRITION THE SAME?

DIETS-FOOD-NUTRITION ARE THESE TERMS THE SAME? WHAT WAS THE ORIGINAL DIET?

WHY DOES GOD ALLOW ME TO EAT MEAT AND WHEN? WHAT IS THE BEST DIET?

How many times have they told him: Look, get on Diet. Now notice something that when you are told to go on a diet among.

Things you are not told you are badly nourished or you do not have good bone feeding although these three are related but it is not the same.

this of course is more applicable to how we Latinos express ourselves. But the concepts do not matter the language is has its specific meanings.

So let’s consider this first and then we’ll see other issues to consider.

I want to tell you that part of the information I am making references or reliable sources but you do your research since I have my point of view also on this matter of diets. 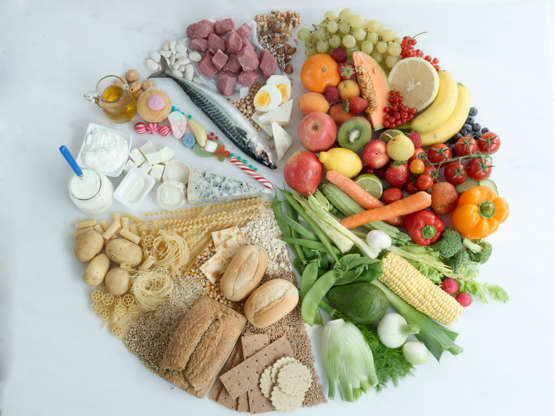 Diet, nutrition, and food are terms that are confused and that many use as if they were the same, but they have substantial differences. I explain them to you:

Is the use that our body makes of nutrients. It is a biological process in which organisms assimilate solid and liquid foods.

Storage, and excretion of food. In simple terms, it is the operation at the cellular level.

As a science, Nutrition is responsible for studying the physiological and metabolic development that takes place at the time we ingest some external substance.

Food is the action of eating food. Food is understood as any solid or liquid product that provides nutrients.

The food can be of animal or vegetable origin, as well as natural (raw) or with some preparation (from its production, transformation, and consumption).

We all have a food culture that we learn and share according to our beliefs, knowledge, and practices in our social group.

Diet is the set of foods you eat every day. If you consume the quantity and quality of nutrients you need, you have a balanced diet.

If instead you do not provide your body with its basic requirements, your diet is unbalanced or incorrect.

Now let’s consider the second question that is: What was the original Diet or can we say.

What is necessary for us to understand the diet of our first parents Adan and Eva? Let’s see.

Quoting from an article written by Ricardo Vargas And God said: Behold, I have given you every plant that gives seed.

Which is over all the earth, and every tree in which there is fruit and which gives seed; they will be for you to eat ”(Gen. 1:29)

Already in the first chapter of the Bible, there is an orientation on what should be the food of the human being.

But it is important to understand what foods were part of this original diet.

And every tree in which there is fruit and gives seed is a reference to fruits and also oil seeds (chestnuts in general).

They will be for you to eat, that is, that was the original feeding of Adam and Eve.

We must remember that God always has lessons to teach us through His Word. In the context in which Adam and Eve lived in Eden.

Where there was no death, that must be their nourishment. Do you think something is missing?

Hard-leafed vegetables and vegetables were not part of the original food in Eden. What is the reason?

The original food served all the needs of the couple. There was no need to eat other foods.

We must remember that, in Eden, before sin reigned order, there was no death, ailments or any type of suffering such as being emotional disorders

However, after sin, it is undone and as a consequence, the ailments arise, because the incorruptible body becomes corruptible.

The context, now, is another. The human being is mortal.

But God’s love for the couple does not change and now he adds something else to the original diet.

They say the following words: Thorns and thistles will produce you (referring to the earth, the soil); and you will eat field plants (Gen. 3:18).

Field plants What is the motivation of God to allow the man to eat of the “plants of the field”?

He allows the couple to eat these previously prohibited foods because there are bio active compounds, these are functional foods.

When and why can we add that man was allowed to eat meat?

The meat-based regime: A result of sin God gave our first parents the food he had established that the human race should consume.

It was contrary to his plan to take the life of any living being. There was no death in Eden.

The fruit of the trees in the garden was the food demanded by the needs of man.

God did not give man permission to consume animal food until after the flood.

All that on which man could survive had been destroyed, and therefore the Lord.

Because of human need, gave Noah permission to eat the clean animals that he had brought with him in the ark.

But animal food was not the healthiest consumer item for man.

The people who lived before the flood ate food of animal origin and gratified their appetite until the cup of iniquity was filled.

God cleansed the earth from its moral contamination through the flood.

Then the third terrible curse rested on the earth. The first curse was pronounced on the posterity of Adam and on the earth, because of disobedience.

The second curse came upon the earth after Cain killed his brother Abel.

The third and most terrible curse of God came upon the earth with the flood. After the flood people ate mostly food of animal origin.

God saw that man’s customs had been corrupted.

That he was willing to exalt himself proudly against his Creator and to follow the opinions of his own heart.

And it allowed the long-lived race to eat food of animal origin to abbreviate its sinful existence.

Soon after the flood the human race began to decrease in size and longevity.

The inhabitants of the ancient world ate and drank intemperance. They consumed meat even though God had not given them permission to eat it.

They ate and drank excessively, and their depraved appetites were unlimited. They surrendered to an abominable idolatry.

They became violent and fierce, and so corrupted, that God could not endure them any longer.

His cup was overflowing with iniquity, so God cleansed the earth of his moral defilement by a flood.

As men multiplied after the flood, they forgot about God and became corrupt before him.

All forms of intemperance increased greatly.

The failure and spiritual loss of Israel: The regime indicated to man at the beginning did not include any food of animal origin.

Until after the flood when all vegetation disappeared from the earth, man did not receive permission to eat meat.

By pointing out the food for man in Eden, the Lord demonstrated what was the best diet; in the election he made for Israel he taught the same lesson.

He brought the Israelites out of Egypt, and undertook the task of educating them to be his people.

Through them he wanted to bless and teach the world.

He supplied them with the most adequate food for this purpose, not meat, but manna, “the bread of heaven.”

But because of their discontent and their murmuring about the meat pots of Egypt they were granted animal feed, and this only for a short time.

Its consumption brought diseases and death for thousands. However, they never willingly accepted the restriction of having to eat without meat.

This remained a cause of discontent and murmuring, in public and private, so that it was never permanent.

When settling in Canaan, the Israelites were allowed to consume food of animal origin.

Under prudent restrictions aimed at mitigating the poor results. The use of pork was prohibited.

As was that of other animals, certain birds and certain fish declared unclean.

Of the animals declared edible, fat and blood were banned. Only healthy cattle could be consumed.

No animal has torn, morticing, or that had not been carefully bled, could serve as food.

Well now having considered these topics I will express the following based on my research my own personal experience.

Since as I told you in another article I lost 200 pounds while being in a Rehabilitation Center.

And talking and interacting with so many doctors, nurses, nutritionists, psychologists in hospitals and offices local.

The first point I want to mention is that there are about 50 popular diets.

But it is not what I want to focus on because you do your own research on these. But I will mention two specific points.

1) -Every Diet should always be supervised by your doctor.

2) -All Diets have their Pro and Cons.

Many people and this in our culture is a bad habit to be recommending.

Diets and Medications without knowing the physical and emotional conditions of people.

You and I have to understand that each person is different even if you read each diet program correctly.

They will see that they are directed to different conditions such as Diabetes, Heart Problems, among others.

The issue is that many diets have deprivations as one that tells you not to consume absolutely any carbohydrates for the first few months just to give an example.

But is that healthy?

There are diets that are still studying more and others that have already been proven that some even problems such as intestines, liver among other things as a result of these diets.

Of course, the principle of these diets if they have the same principle that is to give more attention to fruits and vegetables as mentioned as at the beginning.

It should also be mentioned that I have even read that some doctors clearly say that most of these diets do not work and that they only work for the short term.

The word diet should not be promoted, but a good Food Routine Program with Good Nutrition and exercises and something.

It is very important that in some cases if you have to do SPECIAL DIETS for any condition that could prohibit you from eating certain foods.

I give a recommendation that will not affect anyone and this is something that my doctors recommended to me and this is to use what is known as FITNESSPAL, this program is not a diet but to measure everything I explain.

So more or less you will see this application this the link: www.myfitnesspal.com

Basically you put your data including weight, height, and your goal and according to that it tells you how many calories you should consume and the percentage of proteins, carbohydrates, sodium.

You should consume per day and it is important that you put the information well if it is bread as the Bread brand since each one has different calories or nutrients.

Of course, I emphasize what your doctor tells you and if you do diet that you feel good about what you do, it is a matter of changing habits, do not eat late at night, avoid certain things.

But notice something is not about ELIMINATING BUT DECREASE USE COMMON SENSE, DO RESEARCH FOLLOW YOUR DOCTOR.

REMEMBER use common sense, consult with your doctor do not get carried away by what nobody tells you to act wisely in the long run is our health not the other.

And that what one does is for the rest of life there is the key that Our Nutritional Nutrition Program is a Balanced Diet and supervised by your doctor and yourself.

EATING: GOING TO EXTREMES IT CAN BE A DISORDER

BEWARE! SOME DIETS CAN KILL YOU EVEN THAT YOU LOOSE WEIGHT

ARE ALL DIETS GOOD FOR YOU?-BEWARE OF ALL DIETS