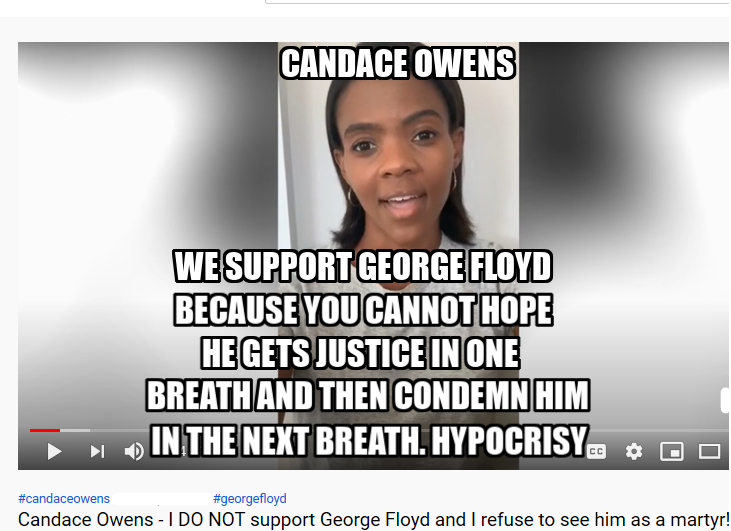 How many of you have heard of the term “White-Black-Supremacist”?

She made some remarks and comments about the terrible murder of human beings.

Let’s ignore for a moment the color of his skin, and it is George Floyd, in a recent social media podcast, mainly Facebook.

She is a political activist and conservative commentator in the United States.

We’re familiar with her for her pro-Trump campaigning, which began in 2016 after she had been initially critical of Trump and the Republican Party.

And her criticism of the Democratic Party and Black Lives Matter. She was born in Stamford, Conn., on April 29, 1989.

If you go back to her page and look at her White House congressional comments, you’ll see what I mean.

You can see why some individuals of all races refer to her as a Black-White Supremacist, which is close to the truth.

A person who believes that the white race is inherently superior to other races and that a white person should have control over people of other races.

Now I have to admit that I was not familiar with this subject, but in particular that I always say.

Racism is everywhere, and unexpected people are like Latino or White as a religion or believe that they are not from their unique culture.

Now there is nothing wrong with having opinions or points of view but with this, my humble opinion.

And from millions of people that have sense and a good heart, racism is one of the evilest, idiotic, ignorant, and stupid I have ever seen believe in my life.

This woman represents millions of people that have this stupid point of view that are ridiculous.

Here is the main. Listen to her comments on this YouTube video from Jessy Dollemore Chanelle.

Now here is my thing. If a person wants to be like that, well, there is nothing we can do except not to listen to so much stupidity.

My anger is that this stupid idiot is so insensitive about the murder of a human being.

Again, for me, this is not a black-and-white issue is an evil issue with some individuals, including some from the White House.

George Floyd was human-like all of us, maybe or maybe not, had any troubles with the law or even at that moment in time.

The button line cares, the fact is that they murdered him on national T.V.

Millions watch that and the government of the United States from the beginning in the history of Presidents has been White Supremacist.

Now people in the community and I have to say are not only black people are all people that are sick and tired of so much discrimination, racism, favoritism with the rich.

We just live in a society with no more values from the people we are expecting to be leaders and people can follow.

That is why we need to take charge and not be stupid following and supporting so many idiots.

Their opinions base on ignorance. In the more I see and hear her talking, the more I am convinced she, idiot.

Let’s wake up and do the right thing as individuals, using our intelligence in a savvy way.

Leaders, even if they really have good intentions, cannot solve all the issues; only one can do this and He doesn’t live on Earth.

I have to be aiming and fair. Even the President that I have so many issues, I have other opinions.

But that does not mean that they have strong points and are correct.

As an example, on the murder of George Floyd. She mentions people are making him a hero or something like that between lines.

And you know what? She is correct.

The focus should not be racism, should be police brutality.

Now is a truth that most are racist related, but not all cases.

Many people of all races have been a victim of police abuse of power.

I was one of them. And I was born in the US and White.

When we focus on race, then people get more violent.

And all these militias and hate groups plus more ignorant contribute to more trouble.

And this is where leadership comes in.

If you do not work together, the result is chaos.

We all have a responsibility to do the right thing.